Two guys by the name of Tom and Broc got together to create a salad. Tom knew his medley of cherry tomatoes would be a great addition to any salad but what kind of salad? He pondered the thought all spring and into the summer and as he strolled the parks surrounded by trees, IT HIT HIM! His friend Broc would be a great help! Tom called up Broc and asked if his broccoli florets were lonely. Turns out, Broc’s florets were lonely. The two met at the bowl and invited their friend Pep to join them. Pep per usual, brought his Gnarly Pepper Granch because he’s addicted to it. As they all sat in the bowl a whirl wind of chaos struck when the 3 tried to come up with a name for their new salad. Though none survived the brawl, their tomatoes, broccoli and Granch did — and this is how the Tom & Broc Salad came to be.

NOTES:
• Keep recipe the same but add in Real Bacon Bits & a little bit of shredded cheese.
• You may eat right away. If time allows, do make it a head of time and let it sit in the fridge for a bit to flavor through the broccoli even more! 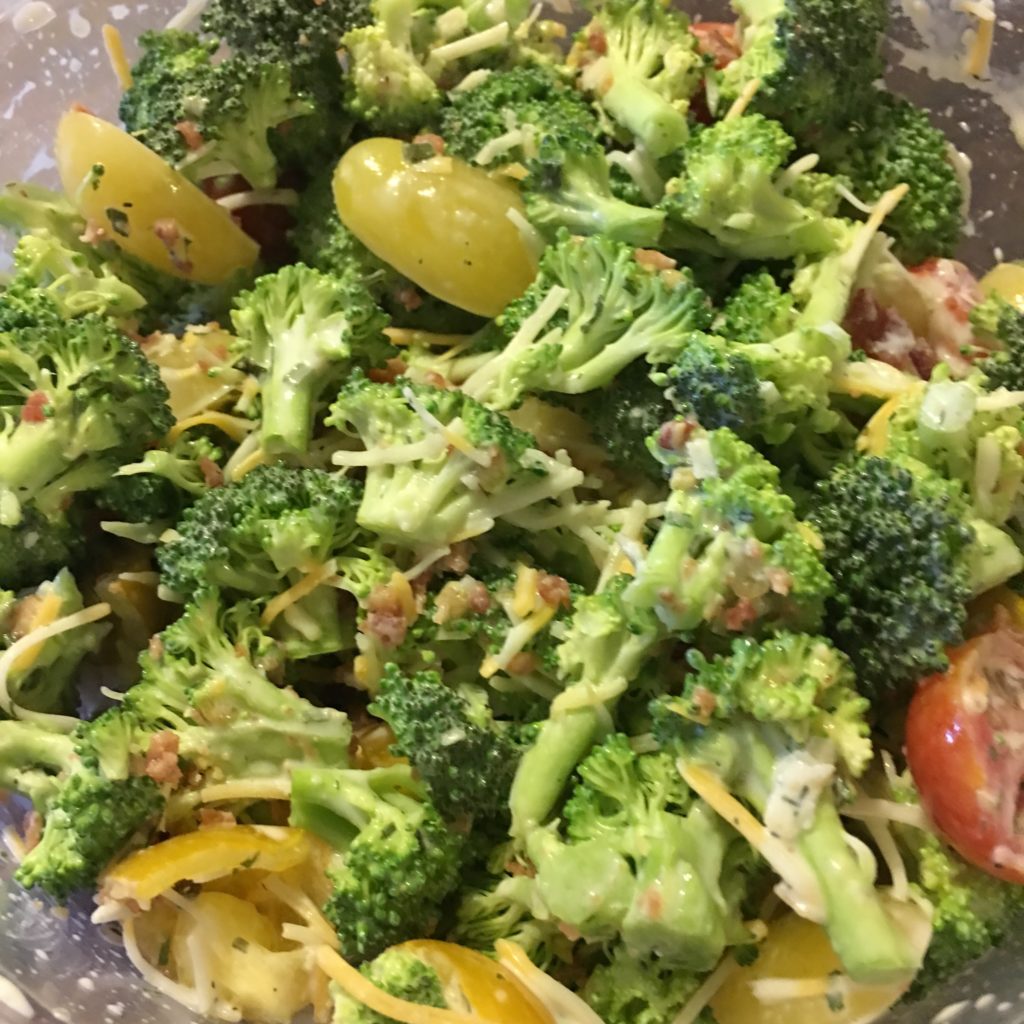